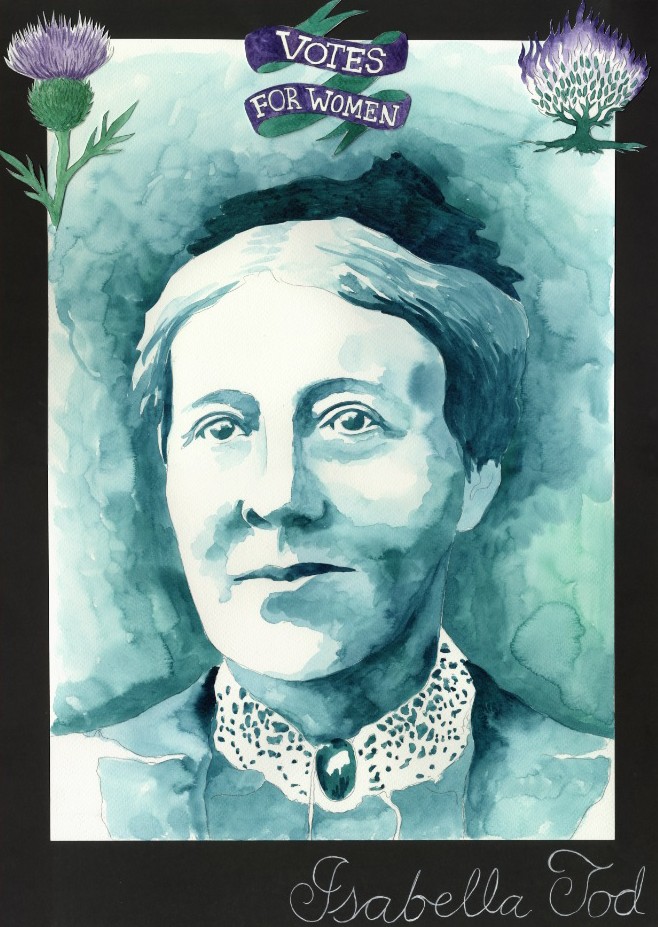 Isabella Tod (1836-1895) was a Scottish-born suffragist, women’s rights campaigner and unionist politician in Ireland. She was an enormously important feminist figure.

This Isabella Tod portrait was commissioned for ‘Anonymous Was a Woman’. This was an exhibition organised by Linen Hall Library (as well as The Nerve Center), which was part of Women in the Archives.

Women in the Archives is a joint initiative between the Linen Hall Library and the Public Record Office of Northern Ireland (PRONI) to uncovers hidden female voices from their archives. Between them, they hold some of the key records and building blocks of women’s heritage in Ireland.

Women in the Archive is one of nine stands that make up Making the Future, a new cross-border cultural programme from the Nerve Centre, National Museums NI, Public Record Office of Northern Ireland and Linen Hall Library.

Making the Future is a €1.82m project supported by the European Union’s PEACE IV Programme that will explore the legacy of the past and create a vision for future change.

Meeting Lord Mayor of Belfast Deirdre Hargey at the opening night of ‘Anonymous Was A Woman’.